The baby elephant was born on February 14, a perfect Valentine’s Day present for the Budapest Zoo. Especially because the last such joyous event in Budapest took place in 1961. The baby and mother, the twelve-year-old Angele from La Palmyre Zoo, are well, although it is uncertain whether the nurturing of the baby elephant will go without problems. The keepers are monitoring if the baby is feeding well and if the mother is looking after her young properly. This is Angele’s first calf and she cannot be experienced in caring for her baby. The estimated height of the baby elephant is one meter and weighs approximately 85 kilograms. Father of the baby, the thirteen-year-old Assam from Chester Zoo, for a time being has to stay out of spotlight.
Bejegyezte: Susanna dátum: 08:02 No comments:
Email ThisBlogThis!Share to TwitterShare to FacebookShare to Pinterest

Budapest straddles a gentle curve in the Danube, with the Buda Hills to the west and what is essentially the start of the Great Plain to the east. With parks brimming with attractions, museums filled with treasures, pleasure boats sailing up and down the scenic Danube Bend, Turkish-era thermal baths belching steam and a nightlife throbbing until dawn most nights, the Hungarian capital is one of the Continent's most delightful and fun cities. And the human legacy is just as remarkable as Mother Nature's. Architecturally, Budapest is a gem, with a wealth of baroque, neoclassical, Eclectic and Art Nouveau (or Secessionist) buildings. Overall it has a fin-de-siècle feel to it, for it was then, during the industrial boom and the capital's 'golden age' in the late 19th century, that most of what you see today was built. In some places, particularly along the Nagykörút (Big Ring Road) and up broad Andrássy avenue to the sprawling Városliget (City Park), Budapest's sobriquet 'the Paris of Central Europe' is well deserved. Nearly every building has some interesting detail, from Art Nouveau glazed tiles and neoclassical bas-reliefs to bullet holes and shrapnel scorings left from WWII and the 1956 Uprising. At times, Budapest's scars are not very well hidden. Over the years, industrial and automobile pollution has exacerbated the decay, but in recent years the rebuilding and renovations have been nothing short of astonishing. Indeed, some people think the city is tidying itself up a bit too quickly. When I first moved to the city in the early 1990s, a stylish local guidebook advised potential visitors to 'hurry up and come before Budapest turns into just another capital of just another nice social-democratic European country' (or words to that effect). 'As if', I remember thinking in those 'Wild East' days of rapid-fire change and disillusionment. 'Yeah, as if...' It's true that in the process of reclaiming its well-deserved title of world-class city over the past decade, Budapest has taken on all the baggage that such a process usually involves: faceless modern architecture, organised criminal activity, a mobile phone at the ear of every 'suit', an international fast-food outlet on every corner. Yet Budapest remains - and will always stay - Hungarian: exotic, sometimes inscrutable, often passionate, with its feet firmly planted in Europe but with a glance every now and then eastward to the spawning grounds of its people. Budapest is fabulous, romantic and exciting at any time, but especially so just after dusk in spring and summer when Castle Hill is bathed in a warm yellow light. Stroll along the Duna korzó, the riverside embankment on the Pest side, or across any of the bridges past young couples embracing passionately. It's then that you'll feel the romance of a place that, despite all attempts - from both within and without - to destroy it, has never died.
Bejegyezte: Susanna dátum: 09:04 No comments:
Email ThisBlogThis!Share to TwitterShare to FacebookShare to Pinterest 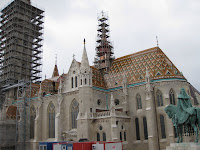 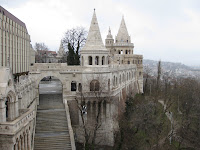 The Fishermen's Bastion (left) was designed by Frigyes Schulek and was built in 1905. The "building" is made up of seven towers - each one symbolising the seven Magyar tribes that came to Hungary in 896. The towers are a bit fairytale like, but still, they somehow fit together with the Mathias Church behind them. The area directly behind the church housed a fish market during medieval times - the name of the Bastion comes from here. During the 18th century, the Guild of Fisherman are also said to have been defending this part of the Castle wall. The Bastion offers great view of the Parliament and of the northern Pest side of the city.
Matthias Church (right) dominates the famous Bastion. Its official name is the Church of Our Lady, and it was built between the 13th and the 15th centuries. Its name comes from King Matthias, who got married here twice and was the main donor. During its long history it was for some time a Mosque and a Jesuits’ Church. Inside the church you can also admire some interesting collections of goldsmiths’ masterpieces, stones and relics.
Bejegyezte: Susanna dátum: 03:55 No comments:
Email ThisBlogThis!Share to TwitterShare to FacebookShare to Pinterest 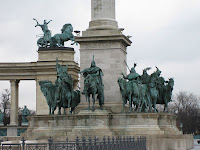 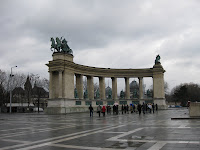 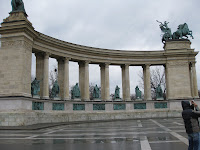 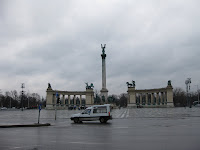 The Millennium Monument of Heroes' Square was build for the Hungarian Millennium in 1896 to commemorate 1000 years of Hungarian history (the Magyar tribes conquered the Carpathian Basin in 896). The Square itself with the Museum of Fine Arts on one side and the Palace of Arts on the other is one of the most impressive open spaces in Budapest. In the centre you can see a 36 meter high column with the Archangel Gabriel and equestrian statues of the 7 Hungarian chiefs who actually conquered the territory (Árpád, Előd, Ond, Kond, Tas, Huba, Töhötöm namely. The stone block in front of the column is the Heroes Monument. The 2 part colonnade in the back shows in chronological order the rulers, kings and princes of Hungary. Behind the square you will find the City Park, with lots of recreation possibilities.
Bejegyezte: Susanna dátum: 03:36 No comments:
Email ThisBlogThis!Share to TwitterShare to FacebookShare to Pinterest 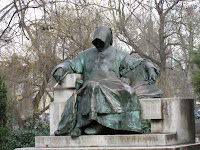 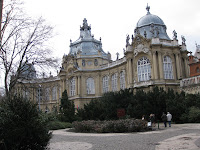 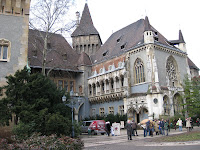 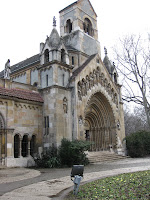 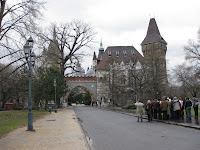 The park is dominated by the Vajdahunyad Castle - originally built for the 1896 millennium celebrations - which represents every style of Hungarian architecture. In summer, there is a lake for boating, which in winter is turned into a huge and very popular skating rink. It also houses the Museum of Agriculture , the Budapest Zoo & Botanical Garden , the Szechenyi Baths and a statue of George Washington. This was erected to thank America for taking in so many Hungarian immigrants in the early twentieth century.
Bejegyezte: Susanna dátum: 03:24 No comments:
Email ThisBlogThis!Share to TwitterShare to FacebookShare to Pinterest 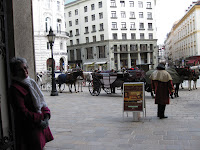 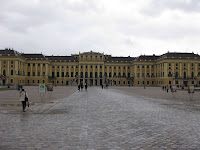 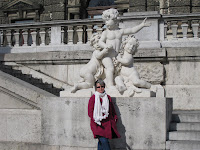 Promote your Page too

Imagine yourself at your absolute best ... 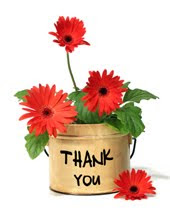 Susanna
United Kingdom
I`m Susanna wellness coach. I can help you take the next step to the rest of your life; feel good about yourself inside and out! I was born in Hungarian capital on Budapest. Zsuzsi vagyok és Angliában élek. Budapesten születtem, dolgoztam, az életem úgy alakult, hogy 2005-ben Londonba költöztem.


The water tower is a listed building. 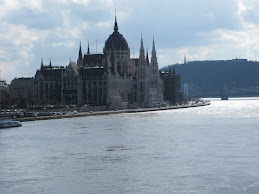 the millennial celebrations of 1896 approached, the nation's demand for representation channelled the conception of a unique Parliament building. The Palace of Westminster in part inspired the design, but a well-known Hungarian architect, Imre Steindl, laid out the plans in their entirety. The building stretches 268 meters in its length, along the Danube embankment. Ornamented with white neo-gothic turrets and arches, it forms the most outstanding landmark of the Pest side horizon. Statues of Hungarian monarchs and military commanders decorate the outer walls. The unique interior design includes huge halls, over 12,5 miles of corridors, a 96-meter high central dome, and 691 rooms. 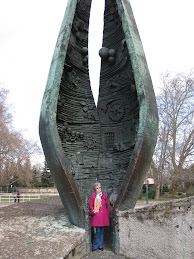 Despite its central location, Margaret Island is extremely peaceful. In summer, it is popular with the locals who come here to relax. Rent a bicycle, jog, swim in one of two pools, throw a Frisbee or just stroll around. This was originally a religious centre. The ruins of St Margaret's Dominican nunnery are on the east side near the ruins of a Franciscan church.